As you can see we have refreshed the header picture and title with some fancy Text. I have been wanting to change this picture for some time but could not make up my mind as to which picture to choose. Until recently. Funnily enough It's been on display in the lounge for months. Even as a test strip I find it engaging. I have had a number of test prints over the years that I feel have worked better as an incremental image than the final result, so I thought why not! it is in keeping with the ethos of the blog.

The picture is of our 'trolley' sticking his head out of the rear window of the car. He is exceptionally pleased with himself as he has spent the afternoon up to his ears in water and soft gluttonous mud. So much so that instead of being tricolour his fur is slicked down with brown mud so badly he looks like he has used styling gel. Fortunately for us the back seat is covered with several blankets for times like this.

For a dog that loves to play in the water all day I find it strange that as soon as a bath is mentioned he go's and locks himself in his cage and then plays up no end when he is in the bath. 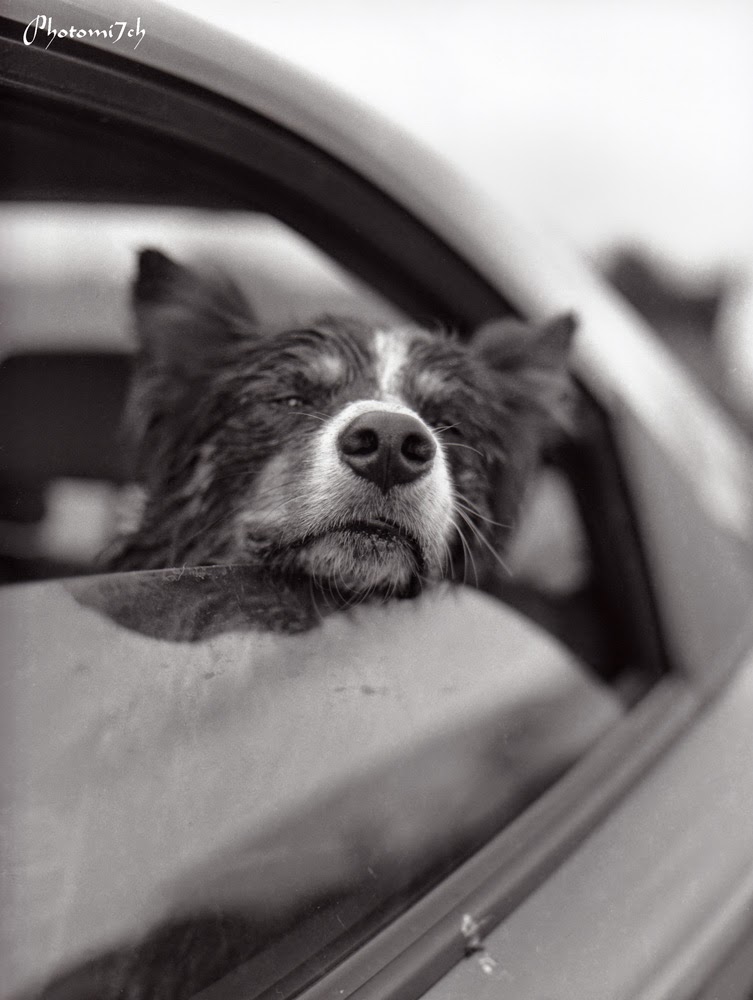 The picture was made using a Bronica SQAi producing a 6x6 negative on FP4+ developed in ID11. It is printed on Kentmere Paper 9.5 x 12 developed in Ilford multigrade. It happens to be one of the first batch of photographs I produced with this new paper.
Posted by Mitch fusco at 10:47 No comments: