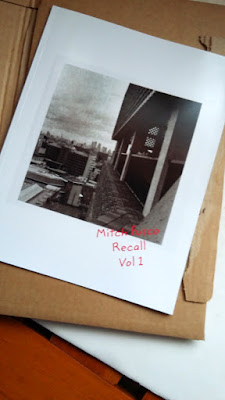 I have been looking for a way to do justice to a series of photographs as a collection. I have shared some of them on the blog as a picture post called Tenth Floor. To be honest I have not really been satisfied with this method. It is great that they can be viewed as a set but it does not convey what they are like as photographs in the real world.

Having scanned them and then adjusted them in Photoshop to get them as close to the original, this still does not do them justice. I had thought about putting them in a book but it's an expensive way of putting ten pictures together as a series, so I looked at a magazine format which is quite an inexpensive way of printing a collection.

I decided to test the idea out with blurb. I have to say up front I am not a fan of the online print service since they screwed up a wedding book I got involved in some years ago.


Anyway having down loaded the updated software I set about putting the magazine together. It was good to see that the standard length was twenty pages - just right for my ten image project, giving me just enough space to add a few words of intro and some tec stuff at the end. 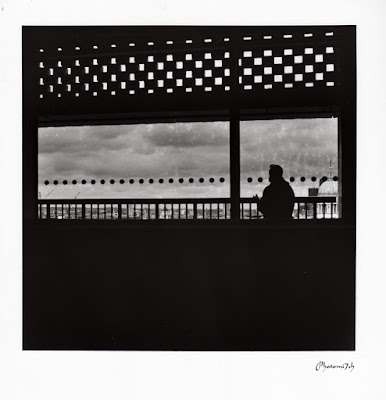 Not having produced anything book wise for a while, I had forgotten how involved it is just to get a basic structure together. For instance, what paper, font, title, how many images to a page the list go's on! The picture issue was easy to solve – one per page. The font was a bit more difficult, I wanted the theme to convey a type of note book look so I chose a font that looked like hand writing and easy to read.


The paper was quite easy in that you only had two choices. I plump for the better quality, I wanted the images to look like the resin coated paper that the original photographs had been made on. The title took a lot longer than anticipated and was suggested by the blogs editor.


Now that all the the bibs and bobs had been ironed out I could save the templates for the next issue. I expected it to be easy to produce the next issue but it is not! I maybe missing something in the workflow from one issue to the next we shall see.

The moment of truth came a week or so later. when a very thin cardboard package arrived. I was a little apprehensive when opening it. I hope this was going to be a lot better than the last package I had from blurb. OK WOW! it has well and truly exceeded my expectations it is a lovely thing to behold the gloss paper complemented the prints so much so they could have been the original photographs. In fact they could be cut out and framed. High praise I know but when it is right it is right - well done Blurb!


Would I recommend them? NO. A lot more water will have to pass under the bridge before I even consider it. A good start though.

The plan is to get one out a month a tall order as I'm behind already. So if you are interested in a copy here is the link and here is the link to the blog post Tenth Floor that this volume is based on.