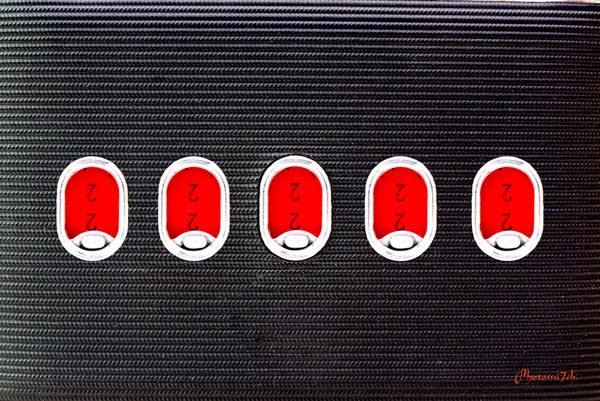 When I started to use a zero multi format pinhole camera for the first time, I had a brief moment of panic because I could not remember what the symbols on the backing paper indicated before the frame number. I had also forgotten that the whole family of 120 formats were represented. I had not used the little red window on the back of a camera since my childhood. Fortunately for me it did not take long for it to come back.

Remember that the frame number also indicates the center of the film you are about to expose so it is important to get this in the middle of the red window. If you repeatedly over run this by the time you get to the end of the film you will only have part of a frame left.

With this in mind the following pictures show you what to expect with different makes of 120 film - not just for winding on but for winding off before you remove the film from the camera. Not sure why you would need to know this when your coming to the end of the film? logic dictates that you just keep winding until you feel the backing freeing it's self from the spool.