These are the ten most popular posts on this site for 2013. In some cases not the best written but then who sets out to write a bad article. I compare it to making pictures, I go out with the intention of producing my best work. I chose those pictures that meet that criterion and share them with you. Then the choice is yours and that means you may not agree.

Of the hundred and fifty or so posts on the blog the following are the most visited making them the most popular. 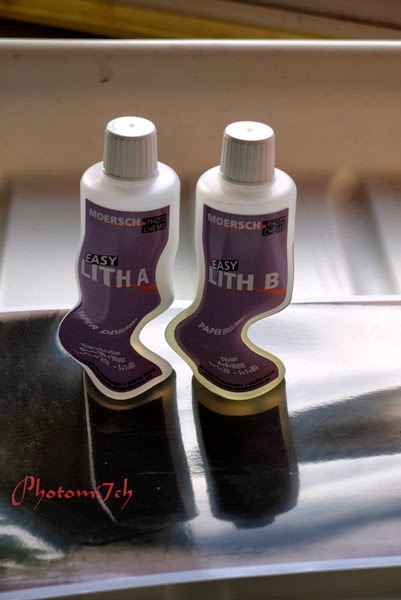 This is my follow on post explaining what happened and how it was done. Not everything went according to plan, but more about that later.

Being in a fortunate position of owning a second slot processor I decided to set this at 26 degrees for the lith developer. I did not add stop or fix to the other slots but continued to use what was already available in the other slotty, keeping the temperature to 20 degrees. It is just as well I did as one of the papers emulsion became very soft.

I chose high contrast negatives that I had already printed. I looked back through my notes on how long each was exposed for and added one and half times more exposure to see how things worked. I chose to follow the instructions when it came to diluting part A and B at 2X 1+25+1000 mls water. (20 mls of each 40 mls in total in 1000 mls of water). The paper I chose to start with was Kentmere RC because it was the paper originally used with these negatives. All the prints were exposed to white light, no grades were set. I had no idea how they would turn out or what sort of tone would be produced. I used two other varitone RC papers to see which produced the best results with this mix of A and B.

This is the original Kentmere print exposed at grade zero and developed as normal.

This is the first print out of the easy lith on Kentmere paper. It took over three minutes for it to reach full development. A very faint out line of the picture started to show about 30-40 seconds in. It was difficult to see whether the print had toned or not with the red light on.

Second print was on Foma 131 varitone. This took a full twelve minutes to develop fully and is what I had in mind as a lith look.

Third print was on Ilford multigrade paper, I pulled the paper early because I thought it may go completely black.

Not knowing what to expect from this process makes it difficult to be to critical with the results. One of my main mistakes was to treat this like a normal developer, I should have mixed the two parts separately so I could vary the strengths of each part to get a look that was in my opinion more lith like, this may have lead me to make changes to the amount of over exposure as well. The problem I think in these early stages of getting to grips with a new process such as this is there are a lot of variables to take into account. With more practice I suspect I will arrive at something more my taste.

A side affect of using the Lith process has shown up a weakness in what I considered a well vented darkroom. This is the first time I experienced a build up of fumes. Some updating needs to be carried out if I wish to continue printing using lith chemicals. After a bit of thought I feel it should be upgraded regardless!

Over all I am pleased with the outcome, for a first attempt. Others may not, but I would prefer to get as many of the mistakes out of the way now so I can concentrate on producing finer prints in the future.