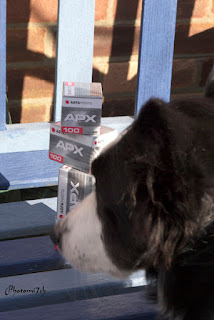 I have gone back to using 35mm film, in so doing I have resurrected an old and long running project of portraits. I have never been backward in coming forward to ask people I meet if I can take their picture. When asking my chosen subject I'm polite and friendly with a little charm. It is not often that I receive a straight rejection. I've noticed that it tends to stop people for a moment, at which point I tell them it's a film camera. It appears that this is a reason for them to say yes when chatting with them.


This new interest in lugging my Nikon F5 around with me has also reunited me with a long time favorite film Agfa APX 100. I cannot remember exactly the last time I used this film but I do know it was back in the days when I regularly used ether ID11 or PMK Pyro. I still have both these developers on the shelf in powder form. Which led to a bit of a dilemma once the new roll of 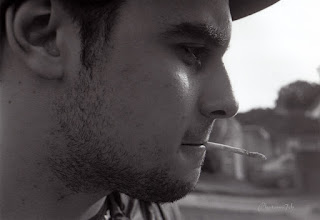 APX was ready for developing. Should I make up a new batch of these old friends to keep the look of the negatives the same or go with the current ones???.


I chose to go with RO9 partly because I wanted to see what sort of negative it would produce with the APX.
Before starting I made up a litre of fresh stop, fix and 300 mls of developer. I processed the film for the suggested thirteen minutes. The time counted down, as I poured out the developer, I was shocked to see this black liquid fill the measuring cylinder what the Hell! My first thought was that all the emulsion had come off, stupid I know but it always interests me what thoughts come into your head when things take you unaware. Needless to say that when I looked at the negs after they were fixed, all was OK. The negatives are nicely toned. I am not sure yet how grainy they are as Ro9 tend to be more grain than ID11. 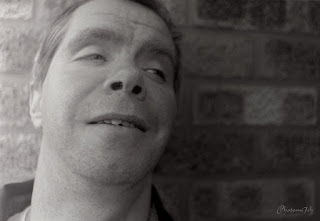 It's just another colour to add to an increasing list of used developers.