The Monochrome print and the colour enlarger. 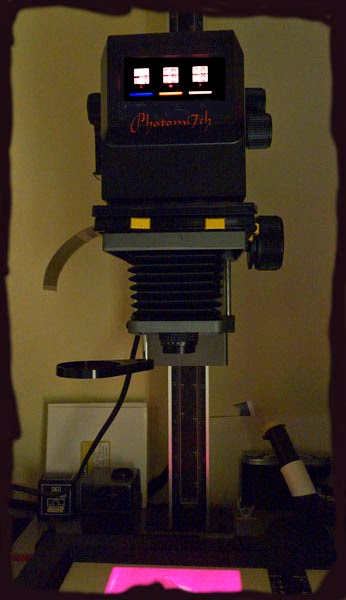 Many years ago I was in a position to purchase a medium format film camera. This led to a complication in the darkroom in that my then current enlarger was for only 35mm film. An extra expense I had not budgeted for! At that time multigrade headed enlargers were quite expensive second hand and a bit thin on the ground. By chance 'the other half' noticed an ad in the local paper, it was for a medium format colour enlarger that came with some other bits to do with colour printing. I had not considered that a colour enlarger maybe just as good. The person I spoke to did not know what size negatives it took. So going to have a look was a gamble but then I only had to go round the corner. To my surprise it was all in mint condition and the enlarger would deal with negative sizes up to 6x9 - I was hooked! Apparently the seller had only used it a few times and decided to go digital. We struck a deal and the rest as they say is history.

Once the enlarger was home I dismantled it and gave it a good clean and checked it was all in good working order, not that I expected to find a problem. The big surprise was how dusty the inside was. It was gently cleaned with a soft damp cloth and wiped dry so as not to leave any residue marks. 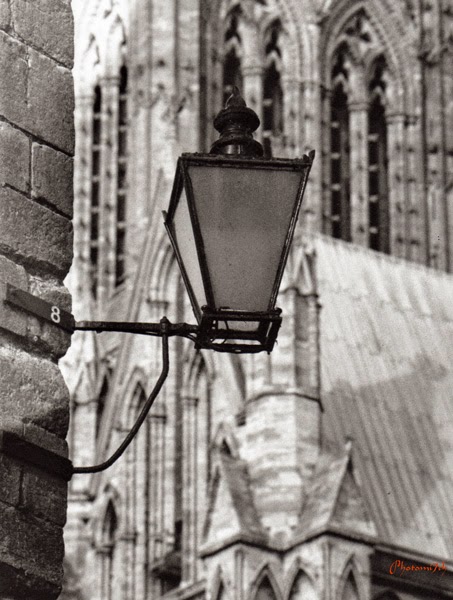 The next thing I needed to know was how to set the filters values for use with black and white multigrade papers. I chatted to a friend who pointed me in the right direction. After a bit of digging in the library I came up with a number of values for different makes of enlarger my one included. I thought the values should all be the same. But have discovered that the values are a suggested starting point. I have a set of multigrade filters that I used with my other enlarger at least now I will not have to check them for dust.

There is a lot of speculation on the subject of using colour enlargers with multigrade papers. They split into two camps - the purists that say the multigrade filters only give the papers true contrast and people like me who check things out for themselves. I am at an advantage in that I have used both methods. Personally I have not noticed a difference but then I have not done a like for like comparison. Would I do one? The only way I can answer this is to say If I was to become dissatisfied with my results I may check to see if there was a difference.
The following are the values for Variable contrast papers for different makes of enlarger. The values are for the yellow and magenta filters the Cyan should be set to zero at all times. 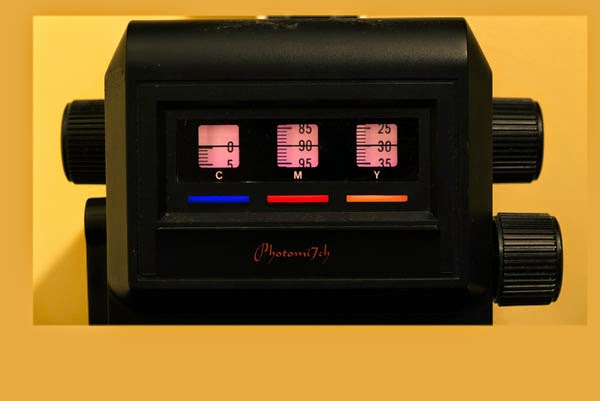 It has been many many years since I obtained my enlarger and the resulting prints I have produced with it I have been pleased with, so much so that I have not tested the accuracy of the enlargers filters with Ilfords set. If it ain’t broke why try to fix it!